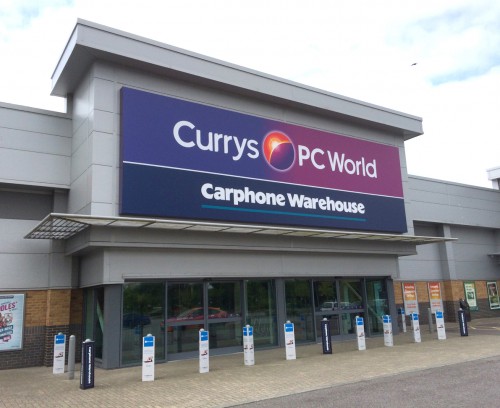 • The Board of ThinkSmart Limited (the “Board”) has unanimously concluded that an Initial Public Offering (“IPO”) of its UK business through the listing of its wholly owned subsidiary, ThinkSmart Europe Ltd, is the preferred route in order to maximise value for existing ThinkSmart shareholders

• It is intended that ThinkSmart Europe will have an independent board compliant with the UK’s Quoted Company Alliance guidelines, which will include representation from ThinkSmart

• The product offering is expected to be launched within Carphone Warehouse in the UK, subject to meeting a number of conditions precedent, by 3Q2016

“This 5 year contract with Carphone Warehouse is a significant development in our 13 year relationship with the Dixons Carphone Group and we are excited by the potential this brings to significantly build our customer base.”

“This new distribution contract adds to the existing platform for ThinkSmart Europe’s UK IPO. The Board has conducted a comprehensive strategic review and is confident that the proposed IPO of ThinkSmart Europe provides optimal value for all shareholders and is the right strategic option to support further growth.”

As announced in August 2015, the Board appointed strategic advisers to explore options to unlock value in the UK business to maximise value for shareholders.

As previously stated in ThinkSmart’s Interim Results in February 2016, the UK business continues to perform in line with guidance and will be assisted by a strong UK economy with a positive outlook for continued growth in retail sales, consumer confidence and further reductions in unemployment.

Today’s announcement of the agreement between ThinkSmart and Carphone Warehouse is a further example of significant momentum building within the UK business and reinforces the strength of the relationship with Dixons Carphone Group. Furthermore, the previously announced introduction of the multi funder platform with Santander and the improvement in terms of the £60 million funding with Secure Trust Bank to July 2018 is further testament to the growth potential inherent within the UK business model.

Given the Board’s view of the growth prospects for the UK business, it has concluded, following a comprehensive strategic review, that an IPO of ThinkSmart Europe in London provides an attractive proposition for several reasons, including (in no particular order): (i) establishment of a market value of ThinkSmart Europe, whilst ThinkSmart retains a majority holding; (ii) introduction of institutional investors who share the vision and potential for ThinkSmart Europe to its register; and (iii) access to the UK equity capital markets, some of the foremost markets in the world, for ThinkSmart Europe’s future development.

The processes required to implement an IPO of ThinkSmart Europe are progressing towards an IPO targeted for calendar 2016, subject to market conditions and receipt of any necessary regulatory approvals.

The Board will provide further updates in due course.

ThinkSmart Limited (ASX: TSM) a Financial Technology company and leader in digital, paperless, retail point of sale finance which processes high volumes of transactions quickly and efficiently through its SmartCheck proprietary technology. This enables online credit approval in just a few minutes whether customers are online or in store. Our products are executable throughout today’s complex retail channel, creating additional revenue and enhanced margin performance – on and off line.

For over 13 years, ThinkSmart has been an exclusive partner to Dixons Retail, now the newly merged Dixons Carphone Group Plc, where we have developed compelling Business and Consumer lease finance propositions, most recently introducing Upgrade Anytime – a first to market offer which enables consumers to upgrade to the very latest computing and vision products, bringing more technology to more customers more often.

RentSmart Limited is a wholly owned subsidiary of ThinkSmart Limited, and is registered in England and Wales with registered number 03689086,
authorised and regulated by the Financial Conduct Authority. Financial Services Register number: 663327
RENTSMART LIMITED IS A BROKER AND A LESSOR. IT DOES NOT ACT AS A LENDER.

You can control our cookies by adjusting your browser settings. By continuing, you accept our use of cookies and terms of use and agree to comply with them.